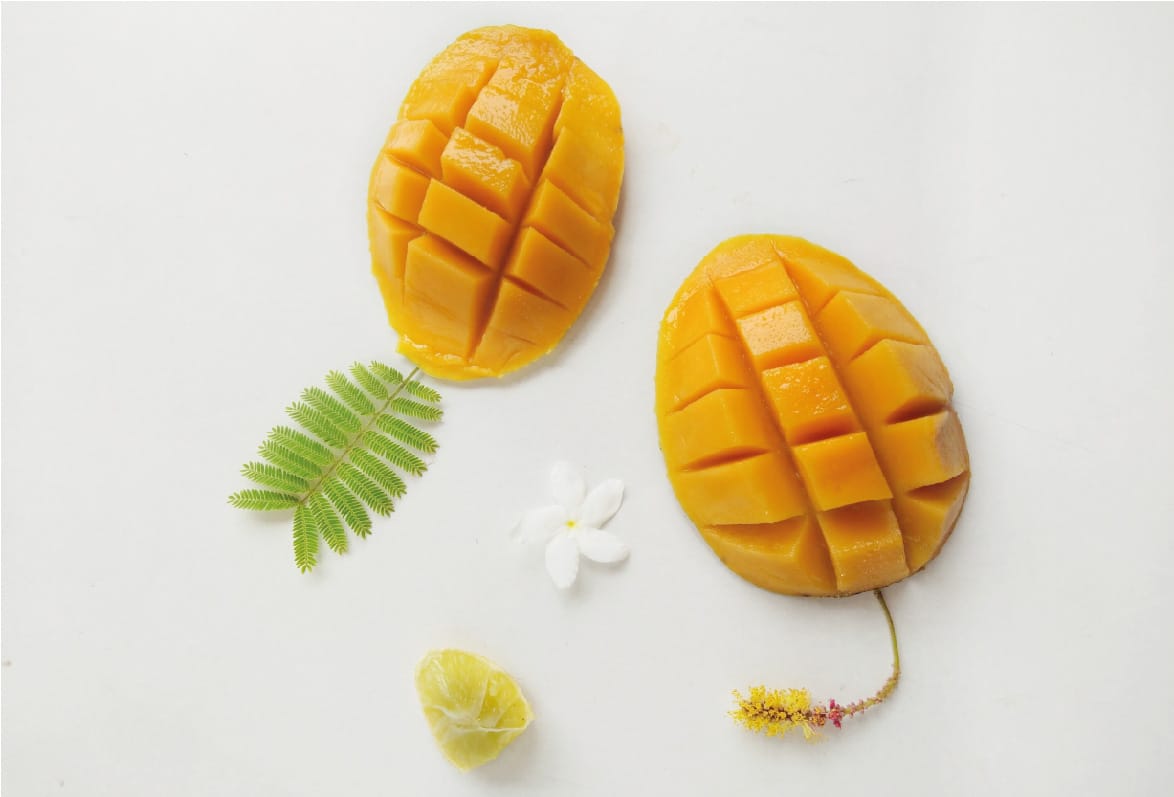 Myrcene is a common terpene in CBD products, but is also naturally found in a variety of common fruits and everyday plants such as mango, basil and hops. Our handy guide to Myrcene will take you through what it is, Myrcenes’ uses, and what some of the holistic medicinal benefits of Myrcene are.

Myrcene (also known as alpha-myrcene or beta-myrcene) is one of the most common terpenes found in cannabis, recognisable for its earthy scent and flavour. It features two isoprene units, classifying it as a monoterpene. Myrcene has been used for centuries as a holistic treatment for ailments including sedation and sleep aid, muscle relaxation, and pain relief.

Terpenes are aromatic compounds found in everyday plants and herbs, however they are more commonly associated with cannabis due to their high concentration in the cannabis plant. Terpenes are responsible for the fragrances and flavourings, as well as holistic medicinal benefits, associated with various herbs and plants.

What is Myrcene found in?

Myrcene compounds are found in a variety of everyday herbs and plants such as mangos, basil, thyme, lemongrass, rosemary, and hops. It’s the most common terpene found in western cannabis plants, responsible for its musky, earthy aroma.

Terpenes are aromatic compounds in plants, and as such are responsible for the distinct fragrances found in a variety of common items such as perfumes, cleaning products, toiletries, beer, and the earthy scent of cannabis.

The famous smell of cannabis comes from it’s terpenes. Myrcene is the most abundant terpene in western cannabis plants, and has a distinct musky, earthy scent, similar to that of cloves and hemp. The jury is out regarding the taste of Myrcene, with some describing it as having a mildly sweet profile, and others likening it to peppery, spicy taste of hops.

Myrcene is commonly found in everyday plants and herbs, and is completely safe. You’ve more than likely ingested it before without knowing. The question of safety surrounds the use of cannabis, of which Myrcene is a common compound.

What is Myrcene used for?

Whilst there are limited clinical studies on the effects of Myrcene, it has been used for thousands of years as a holistic remedy for a variety of both physical and mental ailments. Some of its main uses in traditional medicine include:

In traditional herbal medicine, Myrcene is used as a sedative to help with insomnia and other sleep disorders. There are no controlled studies regarding the effectiveness of Mycene as a sleep aid, however many communities around the world have a long history of using Myrcene as a sleep aid.

Several different terpenes have been used in traditional herbal medicine as pain relief due to their anti-inflammatory properties. Limonene, Alpha Pinene and Linalool are other common terpenes that are thought to help with pain relief.

Myrcene has been used in holistic medicine for many years as an anti-anxiety treatment. It is considered to be the most potent terpene currently available to consumers for battling anxiety, especially when taken with cannabis or CBD products. Myrcene’s (and other terpenes’) synergy with cannabinoids is thought to amplify holistic medicinal benefits. This is known as the entourage effect.

Can Myrcene get you high?

Myrcene itself is not psychoactive and cannot get you high. You would have to consume the compound within cannabis to achieve a high. THC (tetrahydrocannabinol) is the psychoactive molecule found in cannabis that provides a high.

Myrcene at B3 Labs

Years of research and development have gone into our unique terpene blend CBD products. Our products demonstrate a fine balance between flavour and efficacy which stems from substantial research into each and every terpene used.

Myrcene blends are available in a range of white label products including tinctures, distillate vape cartridges, and e-liquids. Browse our product page for more information.

Limonene is a common terpene found in cannabis and citrus plants, used for its natural…

Citral is a common terpene found in CBD products, but can also be found naturally…

What are the Terpenes in CBD Products?

B3 Labs utilises a wide range of naturally occurring terpenes in our CBD products, delivering…

Start your journey and grow your CBD business with our help and expertise. Contact us today for a tailored quote.
GET A QUOTE
© Copyright B3 Supplements Limited 2022. All Rights Reserved. Registered in England and Wales. No. 12053241
Back To Top